Writing a review for anything is usually supposed to be an exercise in objectivity and balanced judgement. But for me writing an objective review for Ally Phyllips’ debut cookbook is a virtual impossibility. So I will have to declare at the very outset that I’ve been a fan of Ally’s for years. I met Ally through my blog about three years ago (well, it was a virtual meeting but someday soon I hope to meet Ally in person!) when my blog was just a baby-blog. She wrote to me about an online support group for food bloggers that she had started and she asked me if I was interested in joining her Boho Tribe. Prior to joining this group, blogging had been a very solitary enterprise for me but on joining this group, I met a wide variety of kindred foodie spirits and I can’t thank Ally enough for widening my group of friends!

Unlike other cookbooks that focus on recipes from a certain part of the world, Ally’s cookbook has a very eclectic range of recipes. In the beginning of the book, she introduces her readers to spice mixes and sauces from different parts of the world, such as the Ethiopian berbere, Harissa (a North African spice blend used in Morocco, Algeria and Tunisia), Tzatziki Sauce (Greek), Labneh (a middle eastern milk based soft-cheese that is seems like a blend of yogurt and cream-cheese), Jamaican Jerk seasoning, Thai spice blend etc… Most Americans, who have not traveled to these parts of the world, are unfamiliar with these ingredients but if you are one for trying out new flavors and bold spice combinations this is a great introduction to world cuisine.
The next section of the book helps the reader traverse through the continent of Europe with recipes from France, Germany and Belgium but as always Ally has added her little twists through some of the most traditional continental dishes and given them a fresh new face. The Mediterranean section has wide variety of Italian, Spanish, Croatian, Catalan, Greek and even Lebanese recipes. I found the African section, which comes next most interesting because these are flavors that I myself have never explored before. I’ve traveled through Egypt but I’ve never tried cooking any Egyptian dishes. I love going to Ethiopian restaurants but I’ve never tried making Ethiopian pork chops or even Berbere Grilled Okra. 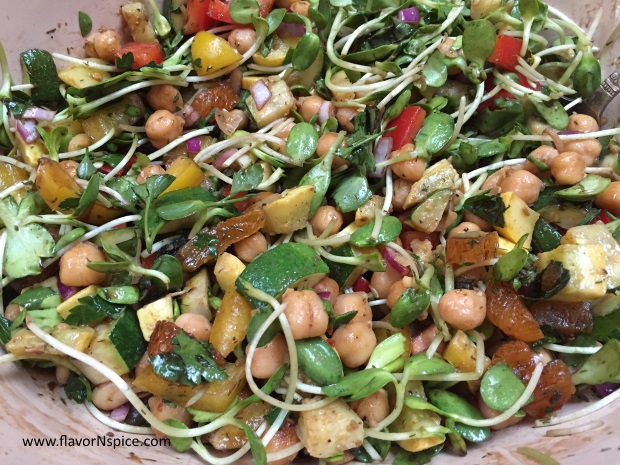 The best part of Ally’s cooking style is that she follows no rules. She has a deft hand with spices but her blends are often very unusual. For instance when I made her recipe for Curried Channa Salad (page 219 – on which she has mentioned that it is a “creation in Shabnam’s honor” – yes, I take a little bow here and I must say that I feel EXTREMELY honored and privileged to get a mention in the book) and was quite taken aback at the blending of allspice, ground ginger, dried dill with fresh herbs like basil, parsley. This is certainly an unorthodox blend of very strong flavors but surprisingly they work really well together and give the chickpeas a big bump in flavor. I also tried the recipe for Blackened Shrimp and Crispy Chilled Cucumber (page 183) and even before I could finish making the dish, there was absolute mayhem at my place. It was hard to keep my family away from the shrimp as it was getting seared over the cast iron skillet! I think this should give you an idea about how good the dish turned out. This one is surely going to be a weekly staple at my place! 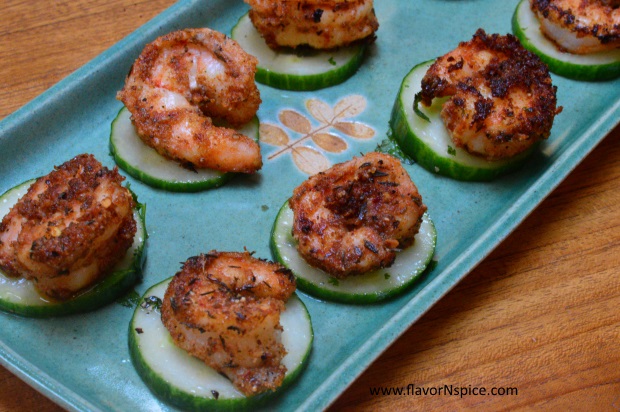 I am usually not one for following cookbooks. I am more of an ad-hoc cook who likes to travel to various parts of the world and taste the local dishes and when I get back home, I try to replicate them. I find cookbooks hard to follow because I can’t multitask or balance between reading and cooking at the same time but Ally’s recipes were easy to follow. I loved the format of the book – it is a big change from the usual cookbook format. I love the little blurbs before every recipe that gives the readers a window into the process or inspiration that went into devising that particular recipe. The pictures of the dishes are bright, evocative and tempting and do each dish justice. The book clearly takes you on a world tour without the hassle of buying airline tickets, jet lag, dealing with awful hotels, and the risk of unknown infections or wrestling with unknown languages or weird strangers! Go check out the book at a book store near you, or buy it through Amazon or download the Kindle version – it’s a great guide to culinary adventures!

And if you want to enter in a lottery to win a few copy of this book, here’s a link – a Rafflecopter giveaway