I have repeatedly been asked for this recipe but until now I had avoided putting it up because I thought my Indian readers would find it really odd that I was putting up a recipe for something so simple and so common. Okra is a very common vegetable in India but in the US and other parts of the world, it is considered to be quite exotic and most people don’t really like it that much. It is a texture thing for sure – people can’t get past the sliminess of okra. I can’t either and yet okra is one of my favorite vegetables. The reason is that Indians cook down okra so much that it loses its sliminess and they don’t usually add water to it either and that too cuts down on its slimy texture. In the US, most people that like okra are southerners who either pickle it or they use it in gumbo. Again, I haven’t developed much of a taste for either of these preparations. If I get okra (or grow it) I cook it the Indian way. Indian okra or Bhindi Masala, as it’s called, is also quite popular in Indian restaurants in the US. I am sure there is no standard Indian recipe for this dish, each family has its own way of doing it but I am going to post the way I do it most often and my family loves it cooked this way! 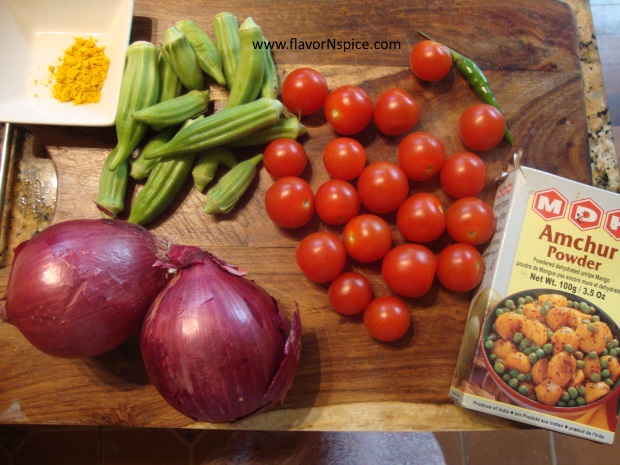 1. A pound and a half of fresh okra (I don’t recommend frozen okra)
2. 2 medium red onions
3. 15-20 ripe cherry tomatoes (I usually prefer cherry tomatoes because they taste better)
4. Salt to taste
5. One green chili
6. 2 teaspoons of turmeric powder
7. 2 teaspoons of Amchoor (dried green mango powder – available at Indian/South-asian stores but if you can’t find it, you can do it without it too).
8. 2 teaspoons of Garam Masala (a spice blend available at Indian/South-asian stores)
9. 1 cup of cooking oil for deep-frying

1. Wash the okra and dry it completely using a kitchen towel or paper towel. 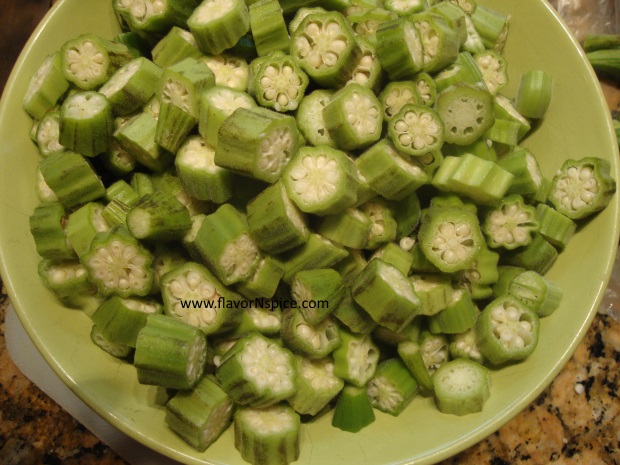 2. Chop of the ends of the okra and cut the rest of it in small pieces (about ½ an inch long). 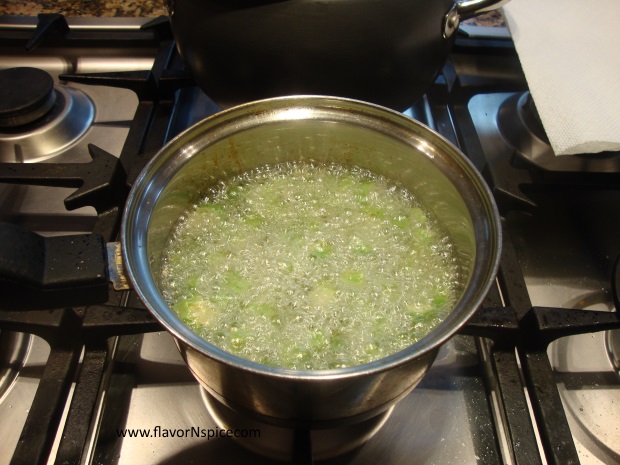 3. Heat the cooking oil in a medium sized saucepan and deep fry the chopped okra pieces over high heat. You may have to do it in batches because you don’t want to overcrowd the pot with hot oil in it (fire hazard!). 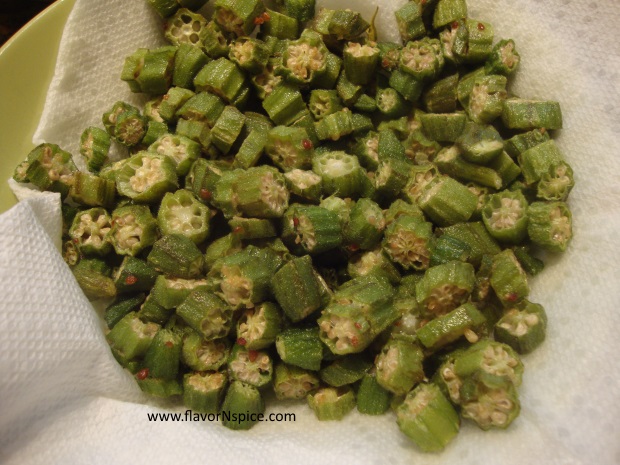 4. When the chopped okra pieces look lightly fried, take them out of the hot oil and place them over dry kitchen paper towel (to soak the excess oil). 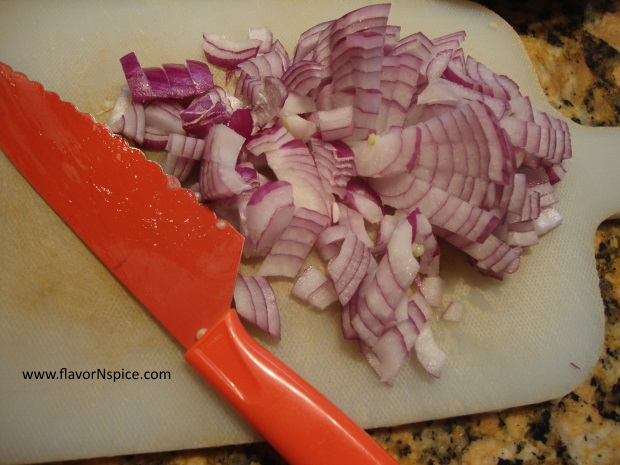 5. Peel and dice the onions. 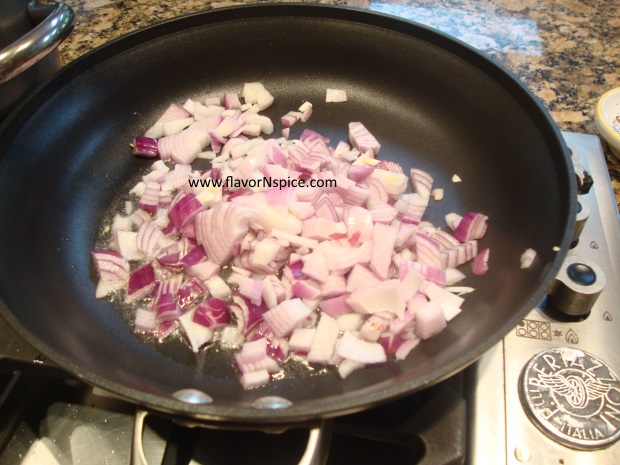 6. In a large nonstick pan, pour a bit of cooking oil (about a tablespoon or so) and heat it on medium heat for about 30 seconds.
7. Add the chopped onions to the nonstick pan and stir. Cook the onions for about 6-7 minutes or till they are translucent. 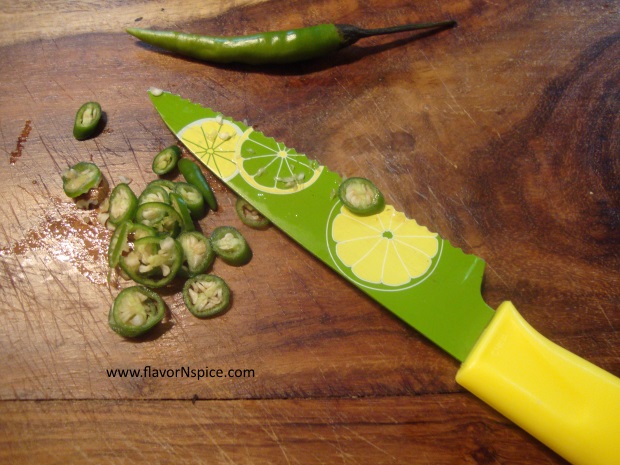 8. Finely chop the green chili and add it to the onions. 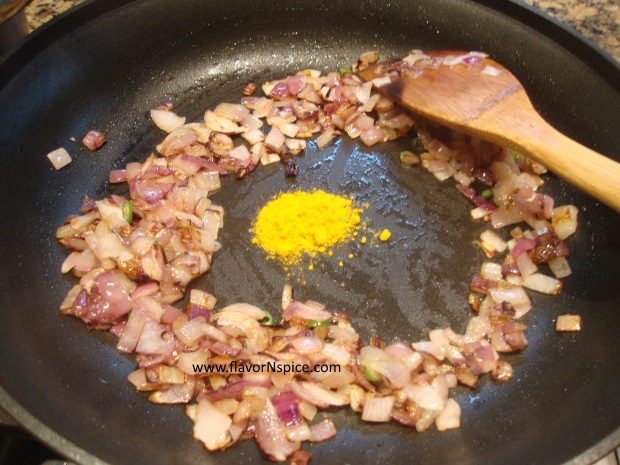 9. Add the turmeric powder and salt to the onions and stir. Continue cooking over low heat for a minute or two more. 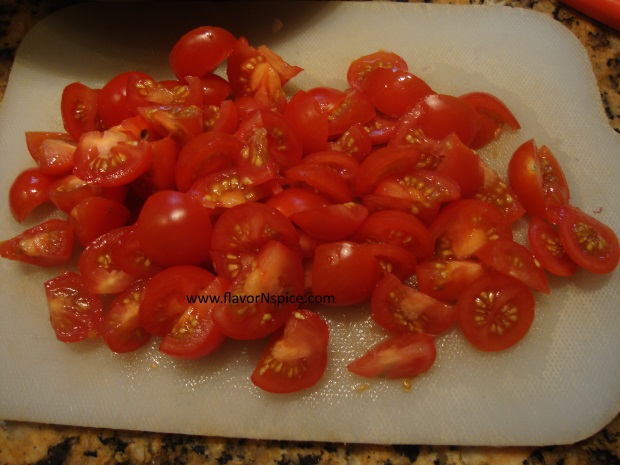 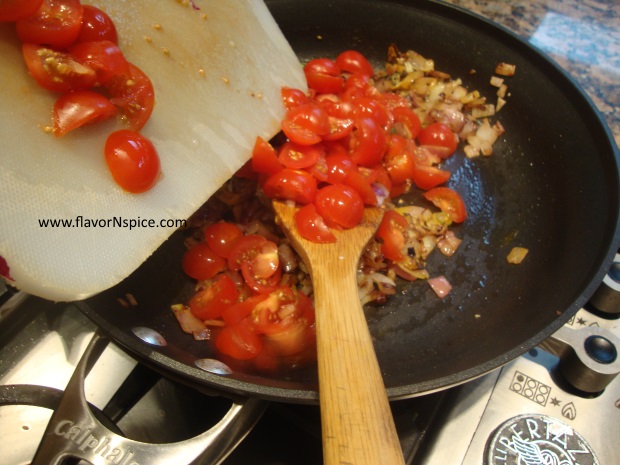 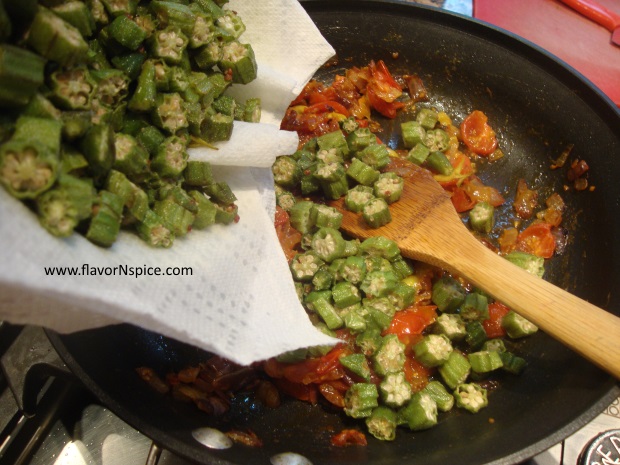 11. Add the fried okra to the nonstick pan and stir. Continue cooking for another 7-10 minutes while stirring frequently. 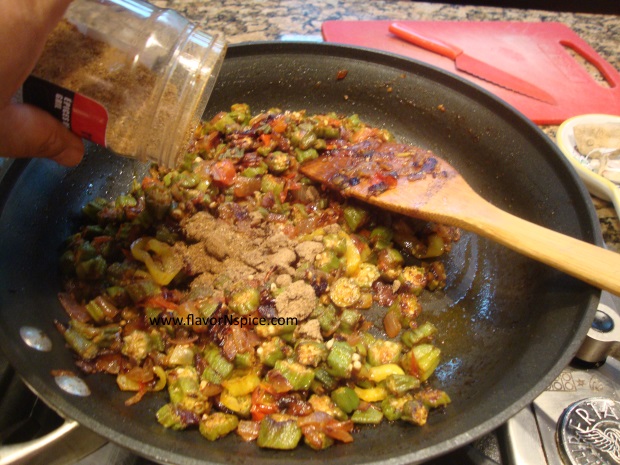 12. At the very end, add the Amchoor powder and the Garam Masala and stir. Cook for another 3-4 minutes. Now the Bhindi Masala is ready. Serve it with any flat-bread like a Naan or Tandoori Roti or Pita Bread. 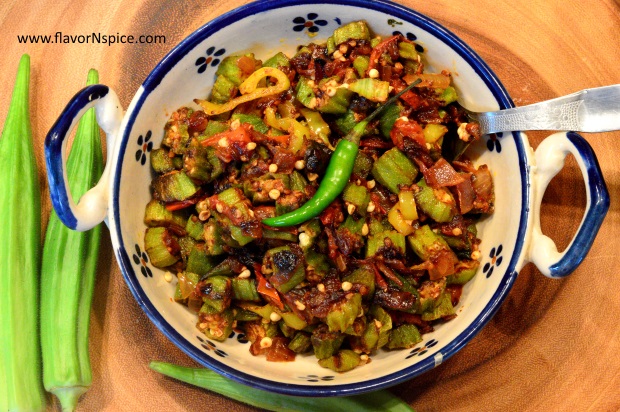