Yesterday, while browsing through the Olive Bar at Whole Foods, I found the most unusual combination of flavors. It was pickled Green Olives that were combined with raisins, dried cranberries, peeled almonds and the dressing was an orange peel vinaigrette. At first I found it a bit odd because olives have such a distinctly tart taste and combining it with a sweet and sour vinaigrette and that too with a dominantly citrus flavor felt quite weird but the more I ate it, the more I liked it. By the end of the evening I had eaten the whole tub that I had bought that afternoon – the darn stuff is addictive! So inspired by it, I made an Edamame and Chickpea salad which had olives and a lemon peel vinaigrette (I didn’t have any oranges at home or I would have tried that). This made for a healthy and filling salad. I use organic and non GMO Edamame (so it’s actually good for you) and combined it with chickpeas, sweet peppers, cherry tomatoes, chopped flat-leafed Parsley, dried cranberries and a little bit of raw onion to add some punch to the flavors. The dish was easy to make and needed no cooking because I used organic canned chickpeas and the Edamame were already blanched. It made for a VERY colorful and delicious bean salad. 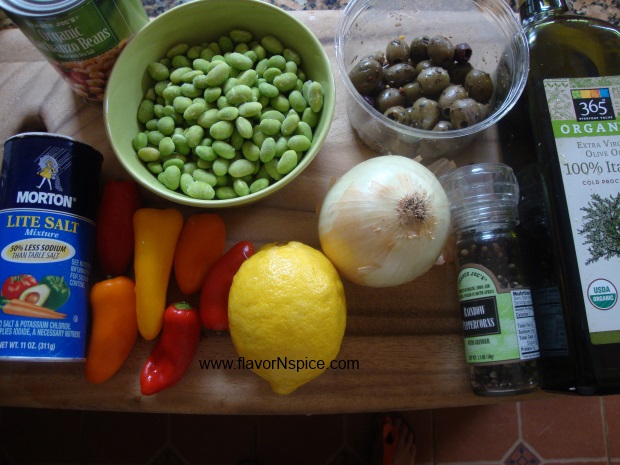 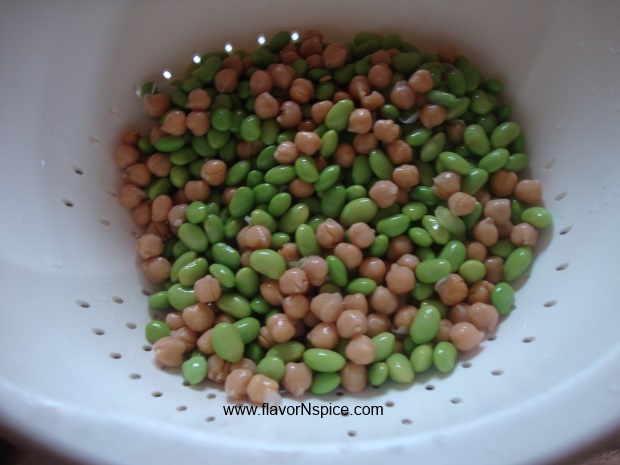 3. Let all the water drain from the beans. 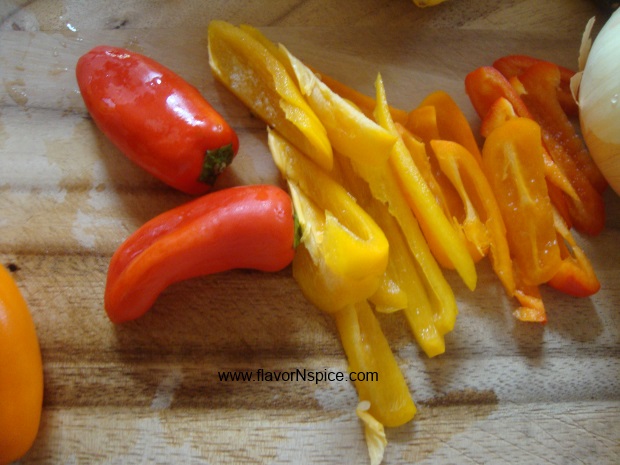 4. Wash and slice the peppers into bite sized pieces 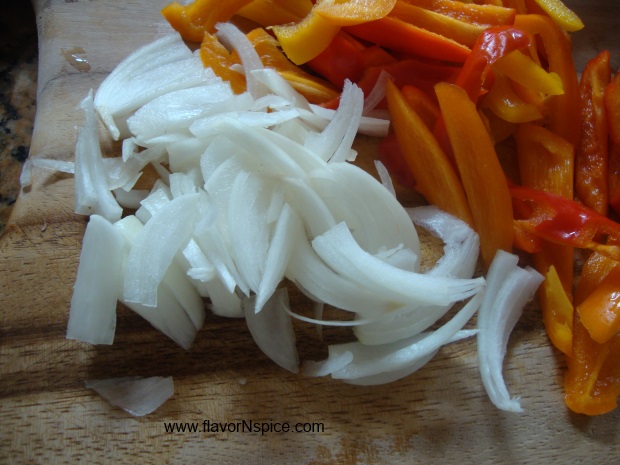 5. Peel and thinly slice the onion.

6. In a large mixing bowl, add the following: washed and dried chickpeas and Edamame, sliced onions and sliced peppers 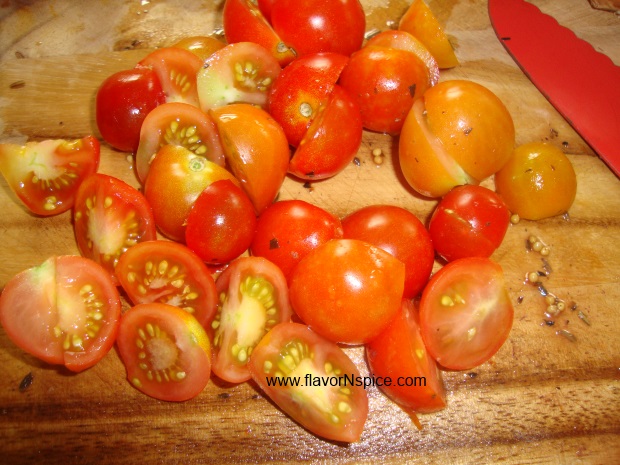 7. Chop the tomatoes into halves and add to the mixing bowl. 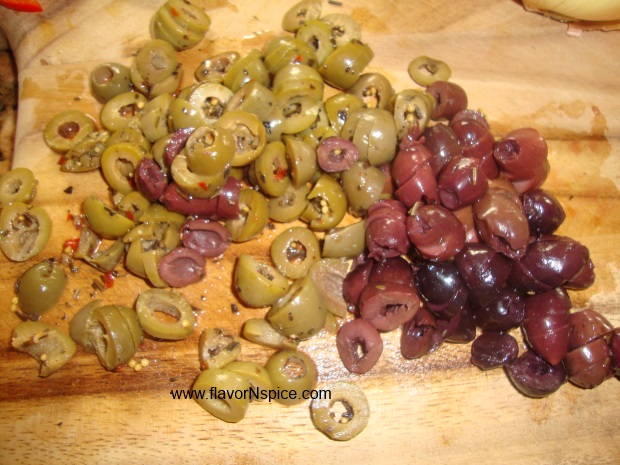 8. Slice all the olives into small pieces and add to the mixing bowl 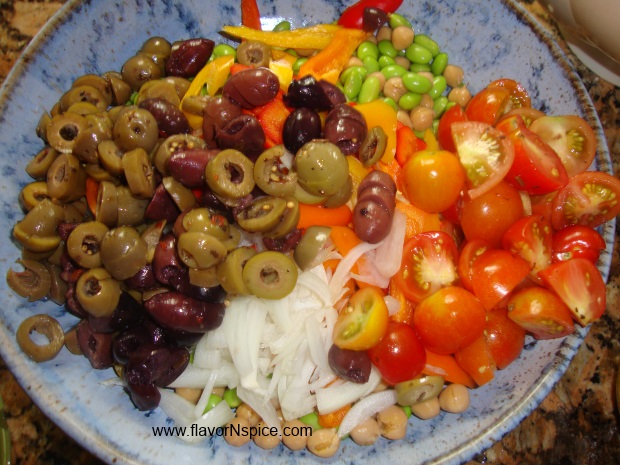 9. Wash and coarsely chop the parsley and set it aside.

10. Add salt and freshly grated pepper to the mixing bowl 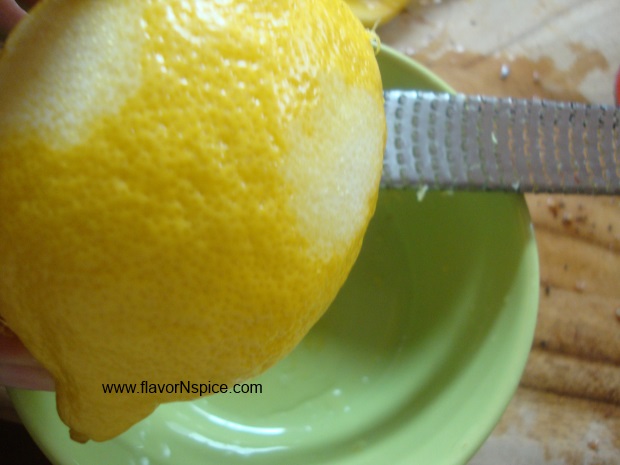 11. Zest the lemon peel and place the zest in a small bowl to make the vinaigrette.
12. Juice the whole lemon into the small bowl 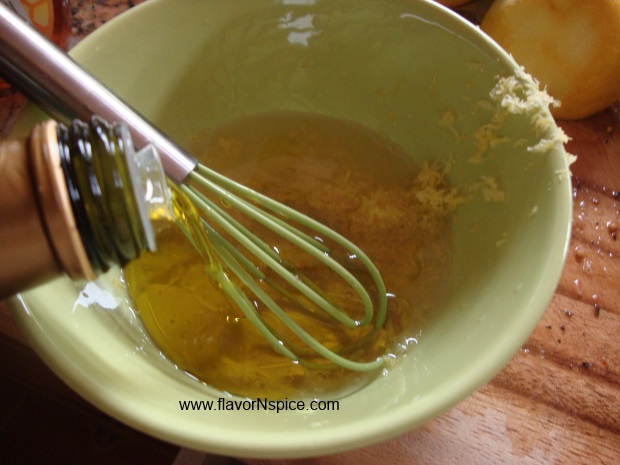 13. Add honey and olive oil to the small bowl and with a small whisk, mix everything together to make the vinaigrette (make sure the oil and the juice and honey get emulsified). 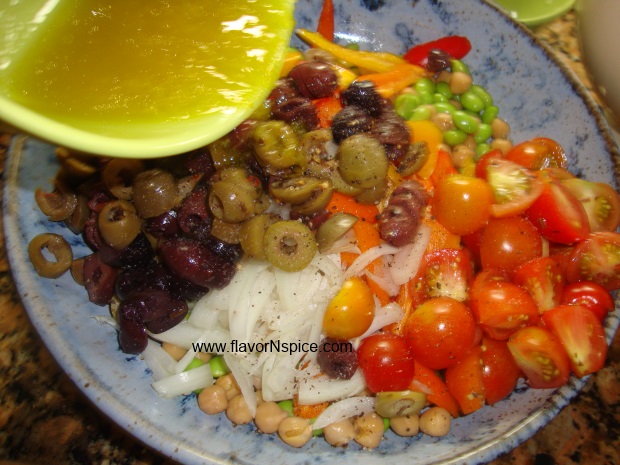 14. Pour the vinaigrette over the large mixing bowl and gently toss the salad 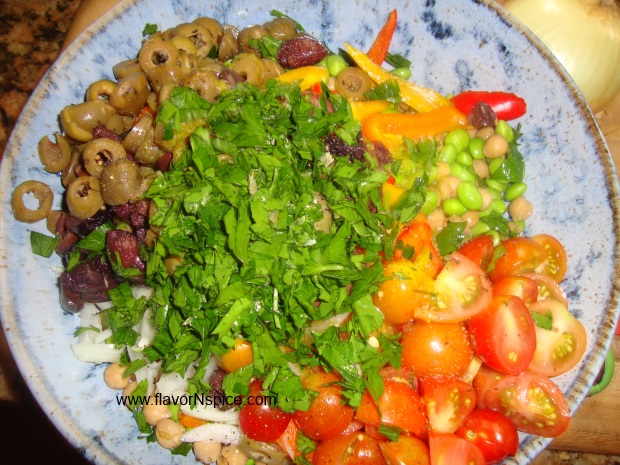 15. Add the Coarsely chopped Parsley to the mixing bowl. 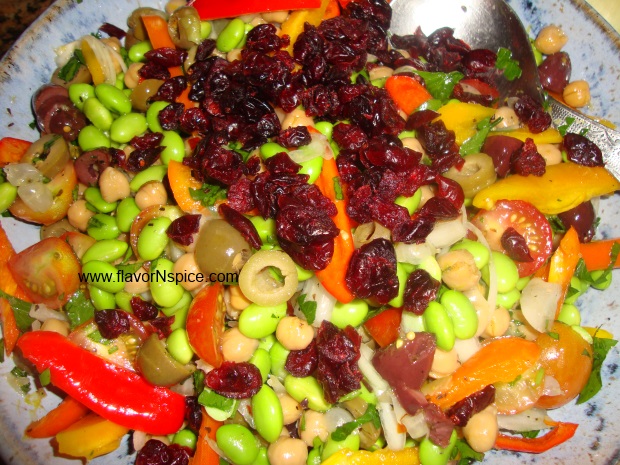 16. Also add the dried cranberries and toss the salad thoroughly.
17. Taste the salad and adjust the salt, sweet and tart balance according to your preference. Serve chilled or at room temperature. This could be a great side dish or by itself it can be a whole meal. A bowl full of it was my lunch today! 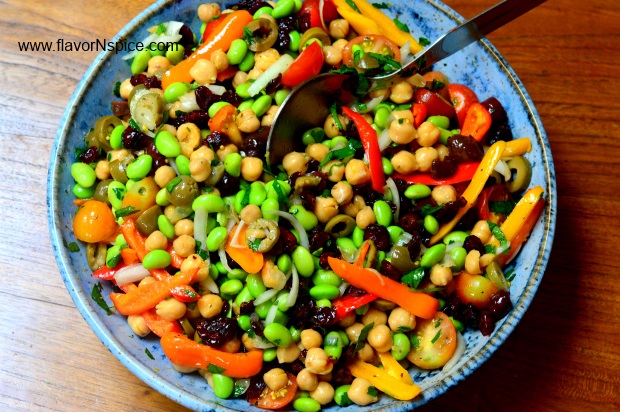