If you’re a regular visitor on my site, you’d know that at one time I used to hate Brussels sprouts and now I can’t get enough of them! I guess the trick is to cook them just enough to soften them but to avoid cooking them too much. The glucosinolate sinigrin in them gives them this typical cabbage-like smell and if you overcook them (especially if you boil them) the smell gets accentuated. I usually blanch them in hot water for exactly two minutes and then I broil them in the oven but today I have them a quick blanch and then shocked them in cold water (to stop the cooking process) and then sliced them to make a slaw with a Maple syrup and White Balsamic Vinaigrette.  They really came out great – especially since I added a tart green apple and a fennel bulb to the mix!  I didn’t use any mayonnaise (the usual base for a slaw), so it was actually a very healthy and tasty dish. The colors were bright and the taste was sweet and sour – absolutely perfect! 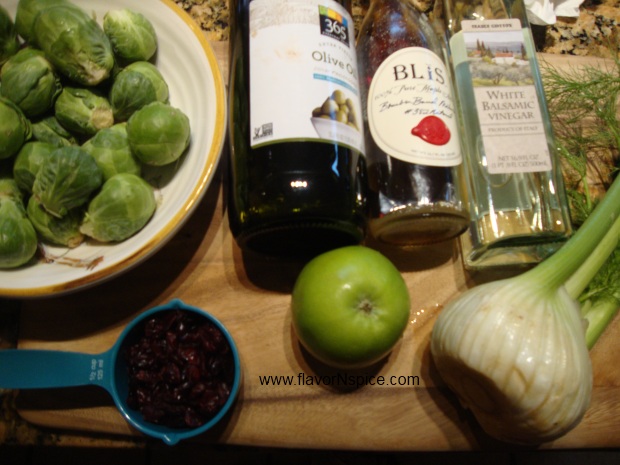 3.    One medium sized bulb of fennel

4.    One cup of dried cranberries 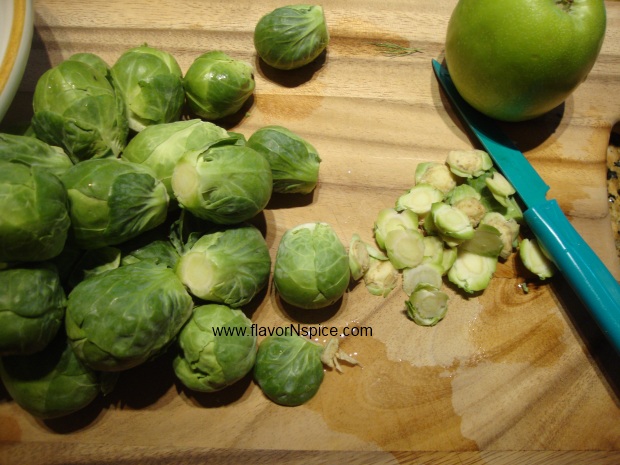 2.    While the water is boiling trim the edges/ends of the Brussels sprouts. 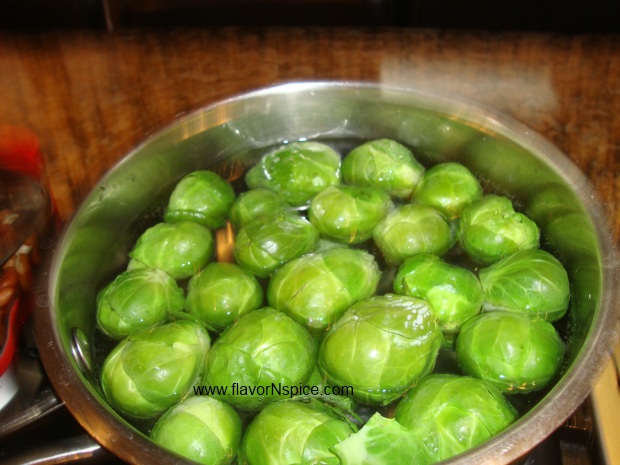 3.    When the water begins to bubble, put the trimmed Brussels sprouts in the water and cook them for ONLY 2 minutes.

4.    Take the Brussels sprouts out of the water and place them in ice cold water to stop the cooking process. If you leave them in hot water too long, they start to emit the strong cabbage-like smell that makes them hard to eat. 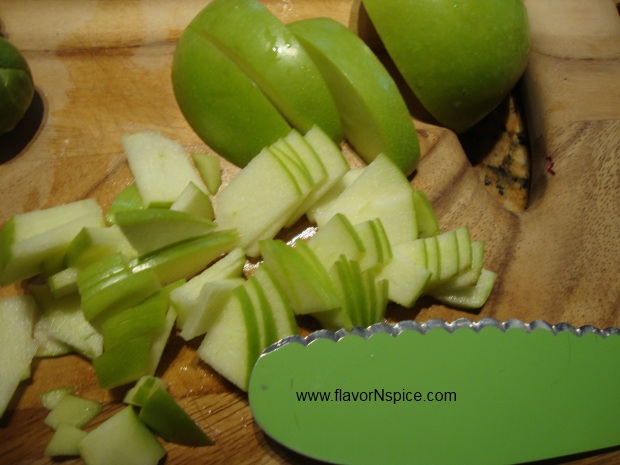 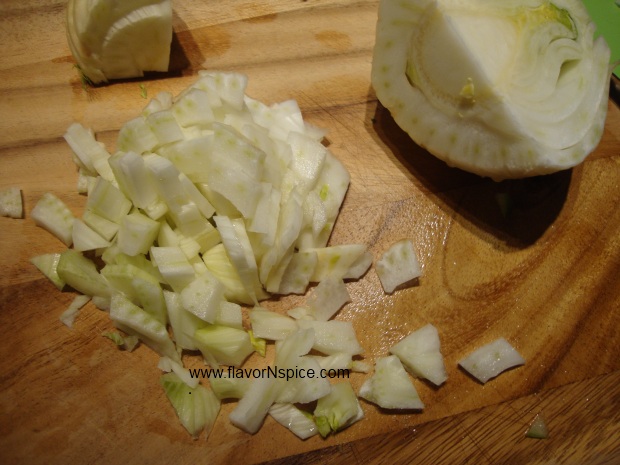 6.    Wash and chop the fennel bulb into fine slivers. You can also use a food processor for this. 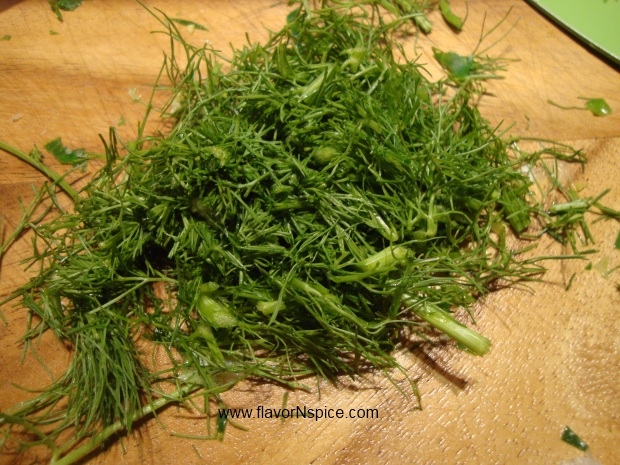 7.    Take the fronds (leafy part only) of the fennel and chop them into small pieces. They have a lot of flavor in them and so serve as fresh herbs in a salad. 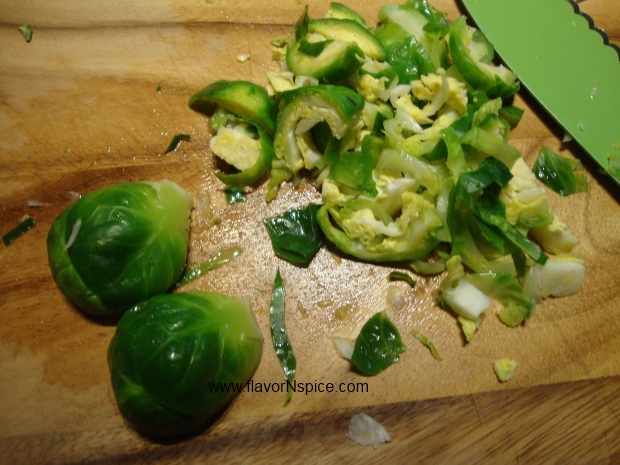 8.     Using paper towels dry the Brussels sprouts completely and then chop them in fine slivers. 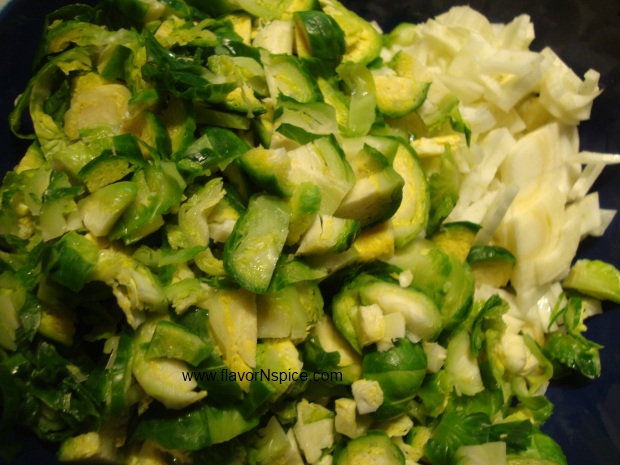 10.    Sprinkle the cup of dried cranberries on the chopped veggies. 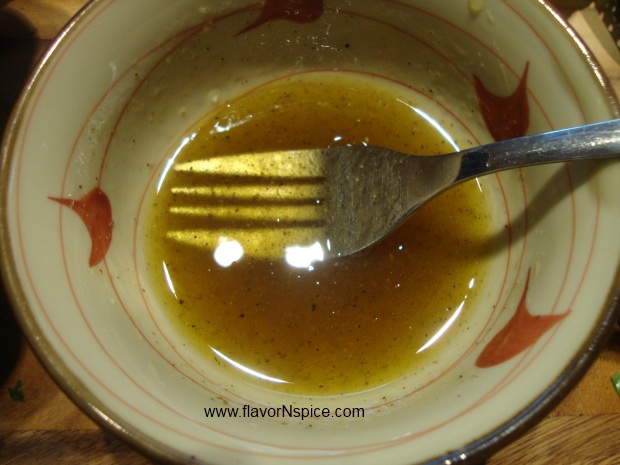 11.    Make the vinaigrette by mixing the following ingredients in a small bowl – olive oil, Balsamic vinegar, maple syrup, salt and pepper. Whisk everything in the bowl till the liquids are emulsified. 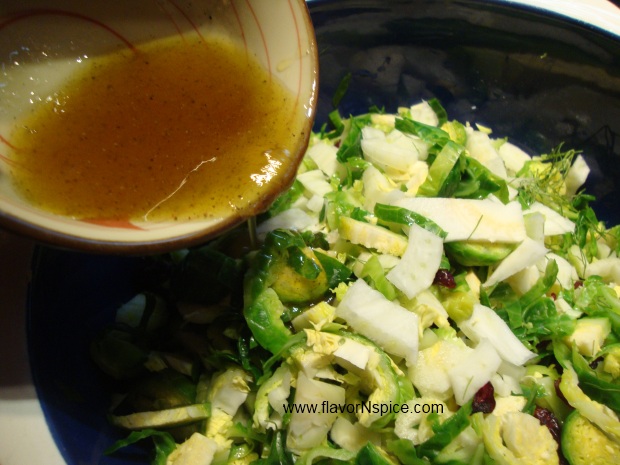 12.    Pour the vinaigrette over the salad and toss the salad with a pair of salad spoons.

13.    Chill this salad in the refrigerator for at least 30 minutes and then it is ready to be served! 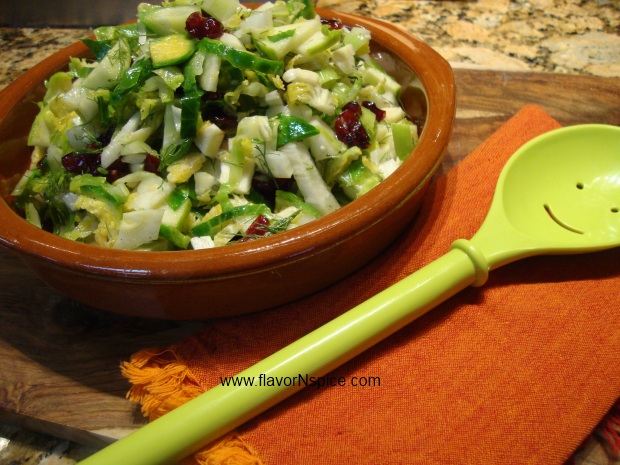