I know it is probably blasphemous to put a picture of any kind of Potato Latkes lying next to some crispy slices of bacon but I am not Jewish but I love traditional Jewish foods and I love bacon, so I paired up two brunch food items that I like on one plate. I hope this doesn’t offend anyone!
I live in a suburb of DC that has quite a sizeable Jewish population. Some of my closet friends are Jewish and over the years we have been lucky enough to get invited to join their families for Rosh Hashanah or Chanukah celebrations. I love almost all the traditional Jewish dishes (although I have still to develop a taste for Gefilte fish) but my all-time favorites are Potato Latkes and I have tried many variations of them. I love the ones made by regular potatoes or sweet potatoes or even carrots! Today I tried some with potatoes and leeks and they turned out great as well. This week, both my kids are back from college for a few days of winter break and I made these Leek and Potato Latkes for their brunch today. I used some Crème Fraiche and chopped chives on top. Of course, no brunch in my household could be complete without bacon so I made crispy bacon to go on the side. 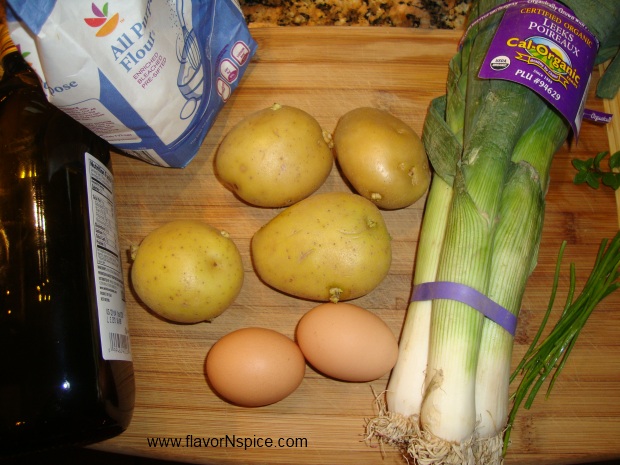 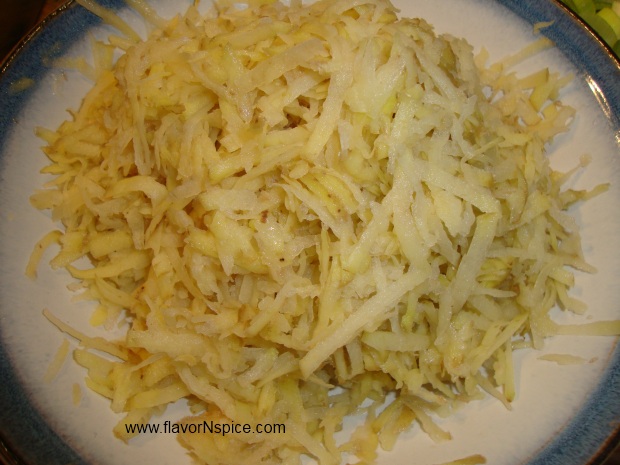 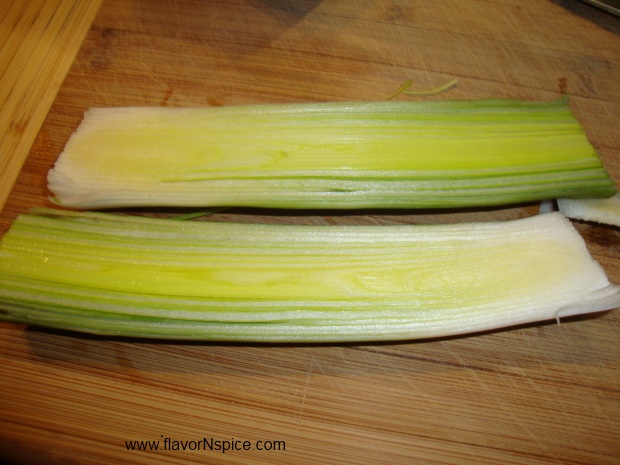 3.    Wash the stalk of leek thoroughly. Leeks have grit inside their leaves so wash carefully. Cut off the green part of the leek stock and the root ball at the end and split the remaining stock in two and wash the inside of the leek carefully to remove and the grit. 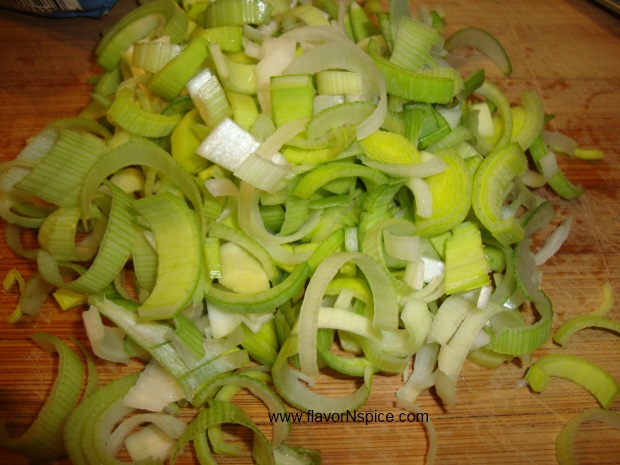 4.    Using a sharp knife, thinly slice the leek stock.
5.    Using your hands, squeeze as much fluid out of the grated potato as you can. 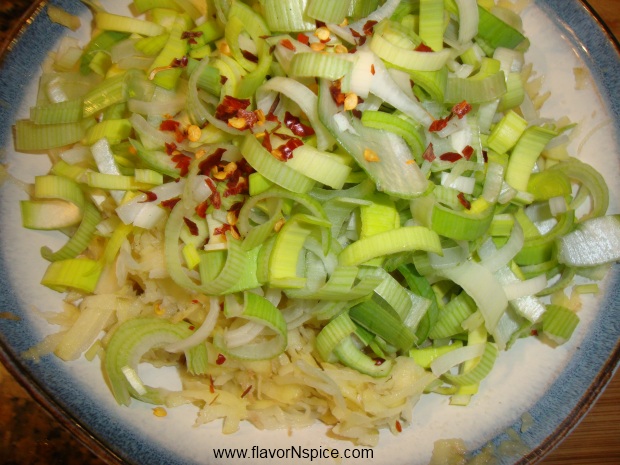 6.    Mix the grated potatoes and sliced leeks in a large bowl. Add some red pepper flakes and some freshly ground black pepper. Also add the all-purpose flour and mix.

7.    Heat the olive oil in a medium sized iron skillet on medium heat. 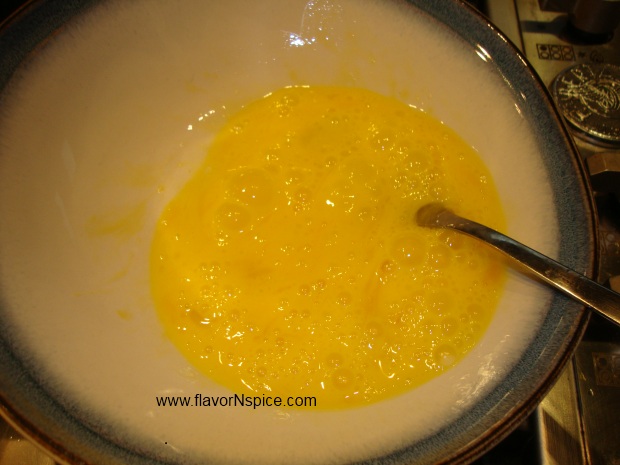 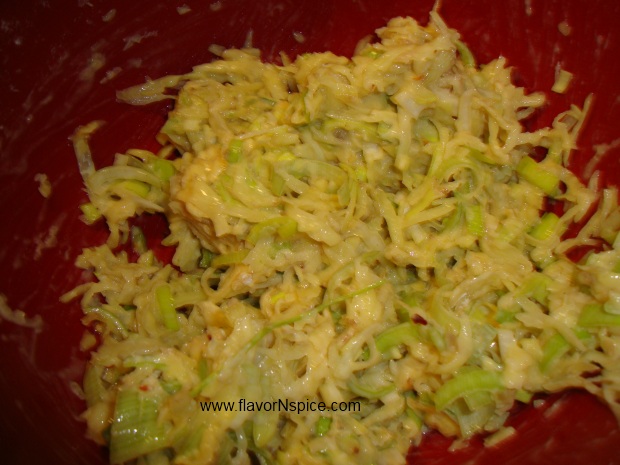 9.    Mix the grated potatoes, chopped leeks with the eggs in the large mixing bowl to make a thick lumpy batter.
10.    When the oil is hot, place about ¼ of a cup of the batter into the oil and with the back of a large ladle, flatten the pancake on top.  Make 2-3 pancakes at a time. Do not overcrowd the skillet. 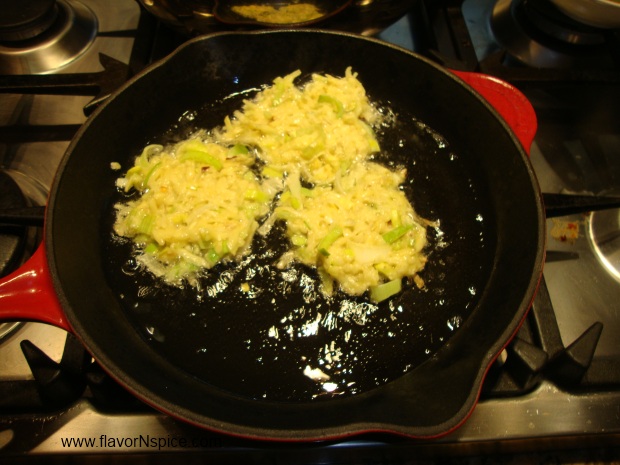 11.    When the pancakes look browned and crispy, turn the pancakes over and let the second side get cooked.
12.    Repeat this step until all the batter is gone. Keep the cooked pancakes on a piece of dry paper towel to let all extra oil get absorbed by the paper towel.
13.    Serve with a dollop of Crème Fraiche or Sour Cream on top and some fresh chopped chives. 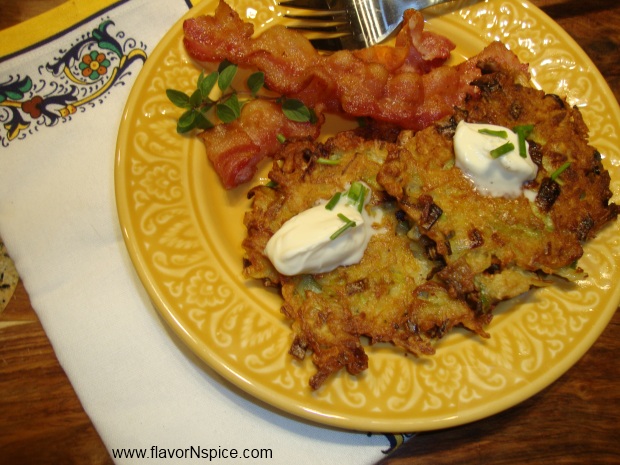