About four months ago, I got a ceramic tandoor from a company called Homdoor. They sent me the new model of their backyard tandoor to test. I must say that this tandoor has changed my life. My husband and I are die-hard grillers – we grill even when there are a few feet of snow on our back patio.  Over the years we have tried various kinds of grills and as we experimented, our back patio started to look like a graveyard of dead BBQ equipment. We had a gas grill (which we used for a couple of years but discarded it because its products pale in comparison with the charcoal grill), a huge charcoal grill (on which we could simultaneously grill about 20 burgers but then we discarded this because it of its fuel inefficiency), a regular Weber grill (which we used to love because it was sufficient for our family of four and with more coal added to it, it could work for a slightly larger party of up to 8-10 people), a small Japanese Yakitori grill (this was my husband’s discovery on the internet – we used this when it was raining outside and we could place it on a table under the covered porch and grill the dinner for the family) and then arrived the Homdoor!  Of course, being Indian, we were quite familiar with the concept of tandoori cooking but we had never had the opportunity to use one and so this new Homdoor took some getting used to. In India, most people do not have a tandoor at home. Most neighborhoods have a huge clay tandoor where one can either buy the dishes that are already prepared or we can take our own raw materials and the caretaker of the tandoor cooks the food for us to bring back home.
If you are a regular on this blog, you probably have seen all my experiments with the Homdoor. I have cooked wonderful tandoori chicken, whole fish, steaks, chicken satay, tandoori potatoes and grilled vegetables in it.  The Homdoor takes much less coal than a regular charcoal grill and also the ceramic interior holds the heat in extremely well – the result is that whatever is cooked in it is evenly cooked and comes out delicious. The only disappointment has been that I have not been able to perfect making the Indian Naans or flatbreads.  A traditional tandoor has a clay surface and the dough sticks to the inside walls. Homdoor has a ceramic cylinder inside that has a rough surface which is supposed to be able to hold the flat bread on its sides. It comes with a metal hook and a scrapper that is supposed to help take the bread out of the tandoor but somehow despite many attempts, my Naans either get stuck to the side or they fail to get stuck to the surface and fall onto the bottom grate.  This last attempt was also a flop – and so I gave up trying to bake them in the tandoor and instead put them in the oven on a ceramic pizza stone.  The dough was already prepared (for the Homdoor experiment) and so I used it instead for the oven baked Naans.  They came out really good and we ate them with homemade chicken tikka masala! Of course, the Tandoori Naans would have been great because of the smoky charred flavor that comes in the cooking process but the oven-baked ones were a good substitute. 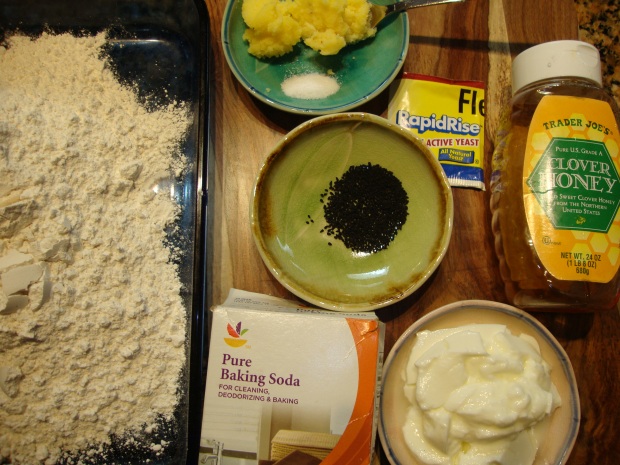 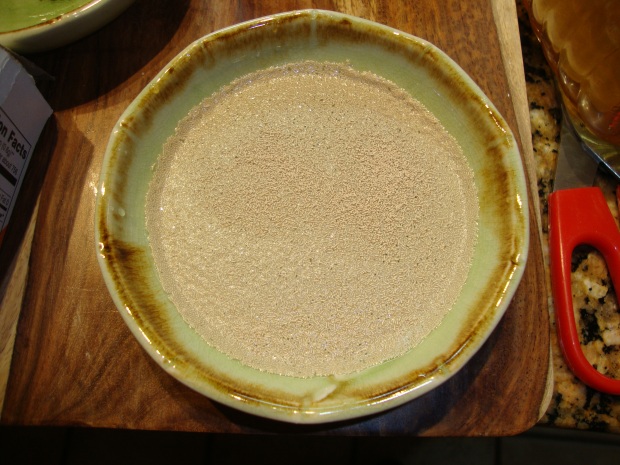 1.    In a small bowl add 3-4 tablespoons of warm water and add the quick rise yeast powder to it. 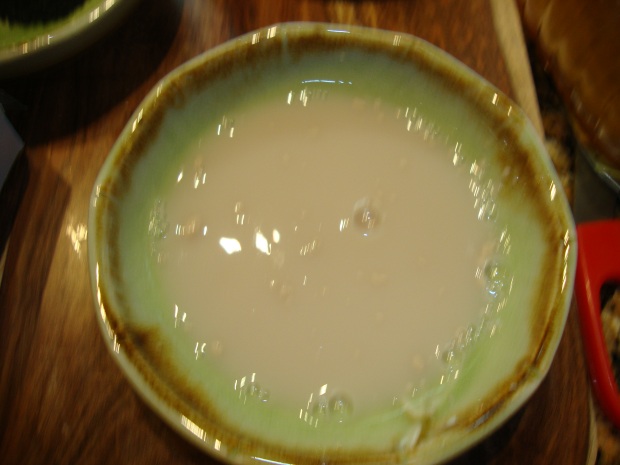 2.    Dissolve the yeast in the water and set it aside for 10 minutes (to get it activated) 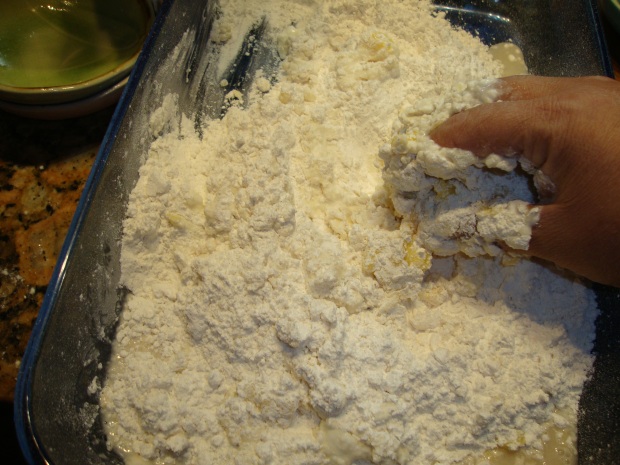 3.    While the yeast is getting activated, add the salt, baking soda, honey, salt, yogurt and Ghee to the all-purpose flour in a large baking dish.
4.    After 10 minutes – add the dissolved yeast and the ¾ cup of water to the flour and using both hands, knead the dough. If you have a Kitchenaid mixer, you can use the dough hook and let that knead the dough at medium speed. 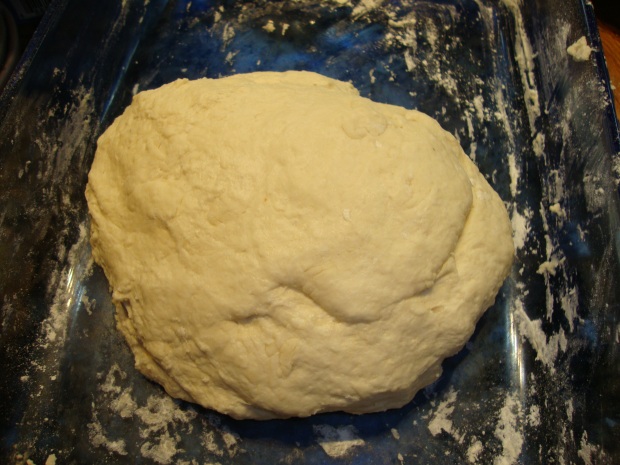 5.    If the dough looks too dry, you can add a little bit of extra water (1-2 tablespoons at a time) and continue kneading. If the dough is too sticky, add some dry all-purpose flour and knead again.
6.    After the dough is kneaded and can be made into a clean ball of dough, cover it with a wet piece of cloth or a wet paper towel and keep it in a dry warm place for 4 hours to let the dough rise.
7.    After 4 hours take the dough out and knead it a little bit more with your hands (3-4 minutes).
8.    Heat the oven at 400 degrees Fahrenheit and place a ceramic pizza stone on the lower rack of the oven. 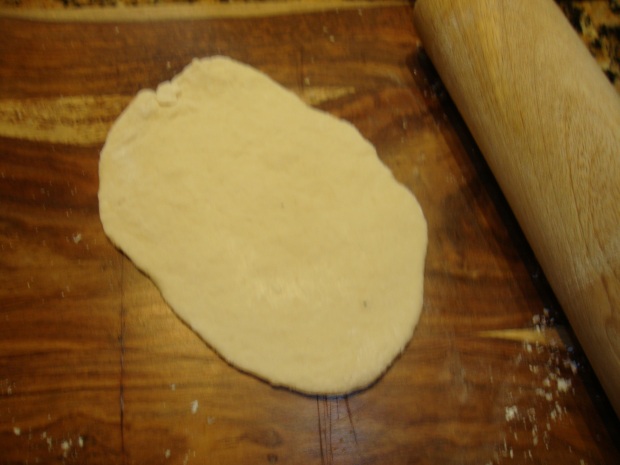 9.    Make a tennis ball sized ball of dough (or a little smaller) and using a rolling pin, roll out an oval shaped flat bread (about 1/4 to 1/5 of an inch thick).
10.    Spread a few Nigella seeds on one side of the rolled out raw Naan and press them into the dough with a rolling pin.
11.    Place the bread on the hot pizza in the oven and let it cook for 6-7 minutes.
12.    If there is space, you can put two Naans on the pizza stone simultaneously.
13.    Take the Naans out of the oven when they are lightly browned and using a butter knife, spread a little bit more Ghee on one side of the Naan.
14.    Repeat steps 9 through 13 until all the dough is used up.
15.    Serve the Naan while they are still hot with any kind of spicy curry. 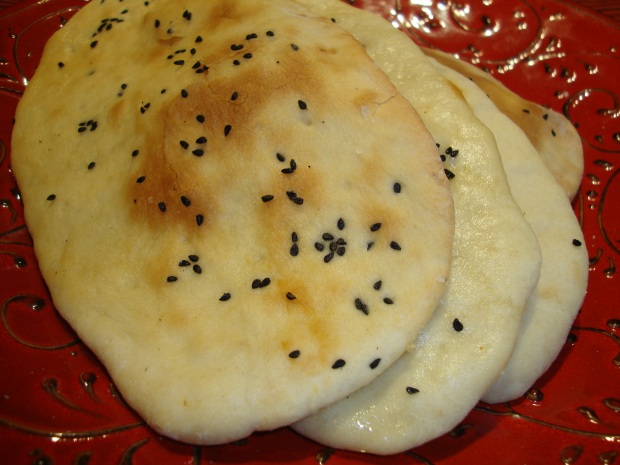