A few years ago, my then 16-yr-daughter (she is now in college and training to be an Opera singer) wanted to go for a summer-long voice training program to a music conservatory in Nice, France.  She was too young to go overseas by herself (or that’s how I felt back then) and so I accompanied her on this trip.  So while she attended classes all day, I explored the city of Nice on foot. I don’t speak any French and I had heard some awful tales about how foreigners are received in France.  However, I found the place most hospitable and the local people most generous in their advice (often in broken English) on what I should see and what I should eat. On a sunny day at the beach, an old lady recommended a small bistro in old-town Nice. I was served my lunch on an outdoor table, with a nice glass of wine and the waiter recommended the ham and cheese. Unfortunately, I don’t remember what he called the dish but here is my version of it (quite close to the original!) 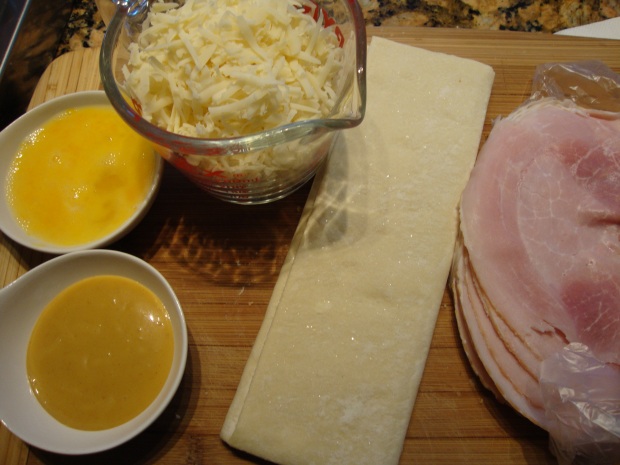 1.    Heat the oven at 350 degrees Fahrenheit.
2.    On a cutting board spread out one sheet of puff pastry and roll a rolling pin over it to flatten it out. 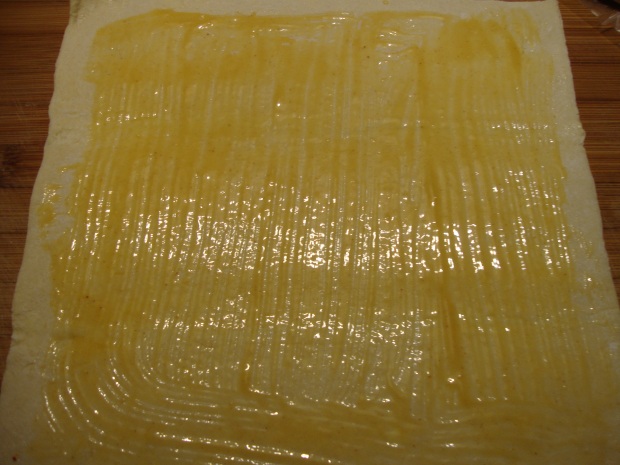 3.    With a basting brush, spread a layer of honey-mustard on the flattened puff pastry. 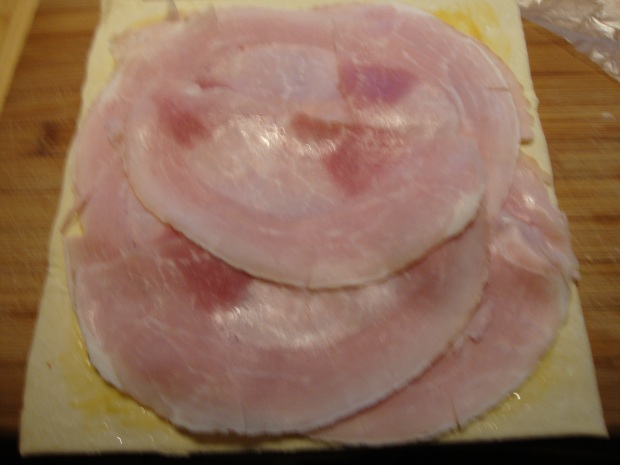 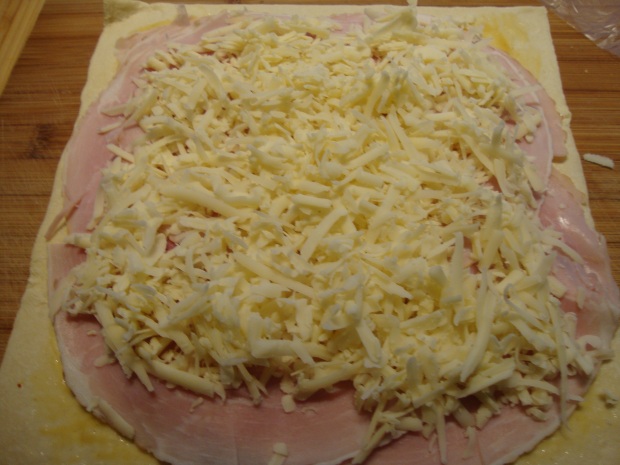 6.    Fold-over the four sides of the puff pastry.
7.    Flatten out the second layer of puff pastry and cut it in strips with a sharp knife about an inch wide.
8.    With the strips of puff pastry make a woven grid over the layer of cheese. 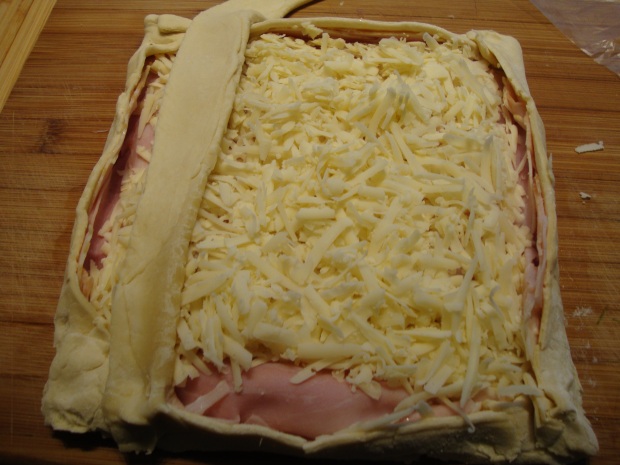 9.    Pinch all the puff pastry strips tightly into the edges that had been folded over. 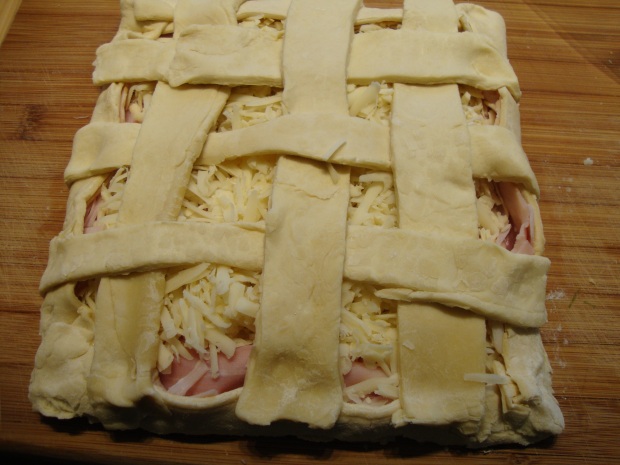 10.    Make egg wash by whisking a teaspoon of water into the egg and brush the top of the pastry strips. 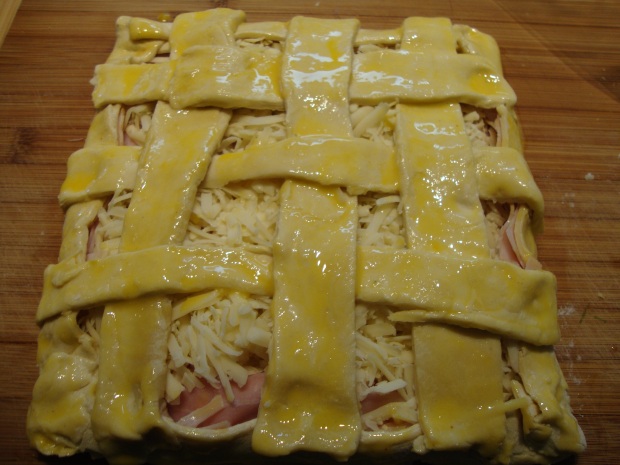 11.    Place the pie (for lack of a better word) on a nonstick baking sheet (or parchment paper) and bake in the oven for 20-22 minutes.
12.    Let it cool for 2-3 minutes after taking it out of the oven and slice with a serrated knife into any shape you like. 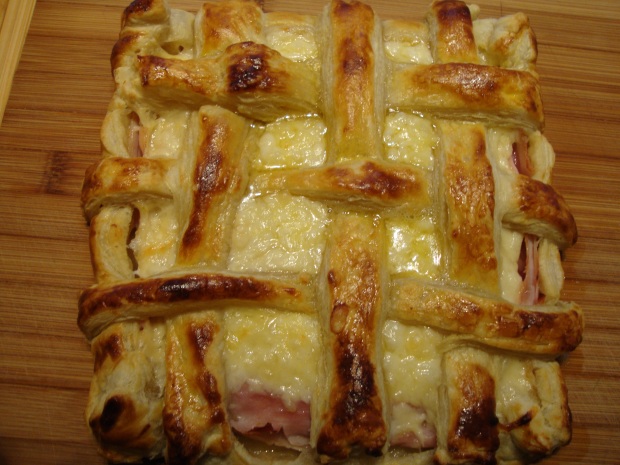