Most of the recent recipes that I have posted have been very healthy, light, mostly vegetarian, very whole-grain-hippie-kinda stuff and so today I decided to go in the opposite direction and went to the butcher shop to stock up on a variety of meats.  My teenaged son was thrilled by this turn of events because he is a totally meat-and-potatoes kind of kid (I hear most boys are). I came back from my trip to the butcher shop with a large load of chicken, lamb, goat and pork and so my son got to choose his favorite out of these – PORK RIBS!!!  The name for these ribs is also his contribution because no matter how much of these ribs I make, he is still left asking for more and licking his fingers.  He loves these ribs and according to him these are as good as any you will get in a BBQ pit in Memphis or Texas.  As the mother of a full-blooded teenaged boy, I assure  you, this is HIGH PRAISE indeed!

1.    Preheat the oven to 300 degree Fahrenheit
2.    Wash the ribs under cold water and then dry them with a paper towel and place them in an oven-safe Pyrex baking dish (or a metal baking dish that is about 2-3 inches deep).
3.    Pour ½ cup of apple cider vinegar on the ribs (reserve the second half of the vinegar for the sauce) and set aside. 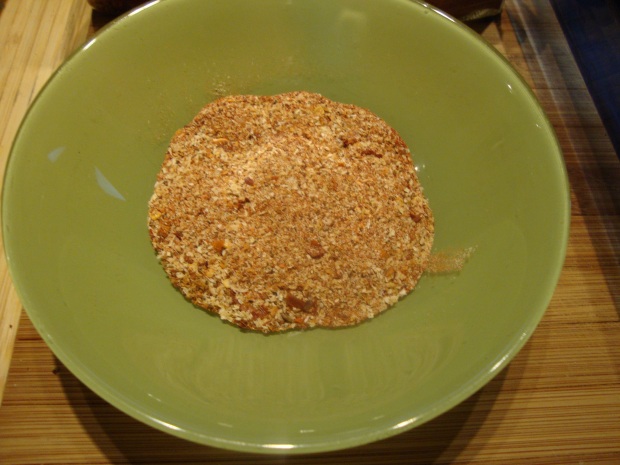 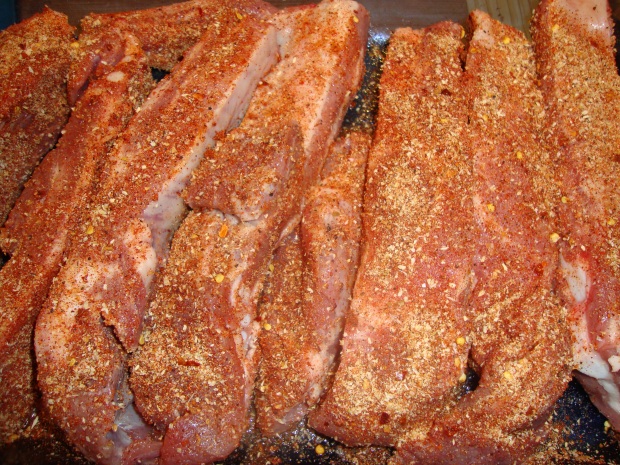 5.    Sprinkle the dry rub on all the ribs evenly (on both sides) and place the ribs in the oven for 2 hours. You may need to check on them occasionally and turn them over after about one hour. If they seem to be drying out, add a little bit more of the apple cider vinegar.

6.    Prepare the BBQ sauce by mixing the following ingredients in a sauce pan:  ½ cup of apple cider vinegar, ½ tablespoon of paprika, ½ tablespoon of onion powder, ½ tablespoon of garlic powder, one tablespoon of Worcestershire sauce, ½ cup of tomato ketchup, ¾ cup of dark brown sugar, ½ tablespoon of Mesquite seasoning and ¼ cup of cold water.
7.    Heat the sauce over low heat and cook for 15-20 minutes and set aside. The sauce should have a thick consistency so that it can stick to the ribs.
8.    When the ribs look done and soft (after about one hour and 45 minutes), take out some of drippings from under the ribs and mix with the BBQ sauce and heat for another 2-3 minutes. 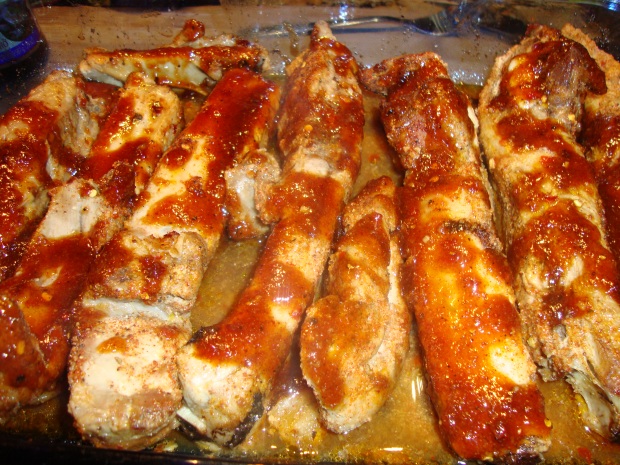 9.    Take the ribs out of the oven after they have cooked for one hour and 45 minutes and baste them with the BBQ sauce (drench them thoroughly on all sides with the sauce) and then place them back in the oven for 15-20 more minutes.  They should be soft and thoroughly cooked after 2 hours in the oven but do test them with a fork and if they seem to need more cooking, bake them in the oven for more time. But usually they do get tender after 2 hours in the oven – the time may vary a little due to the softness/hardness of the raw meat.
10.    Serve the ribs while they are hot (slathered with more BBQ sauce if needed) with a side of mashed potatoes and Cole slaw. 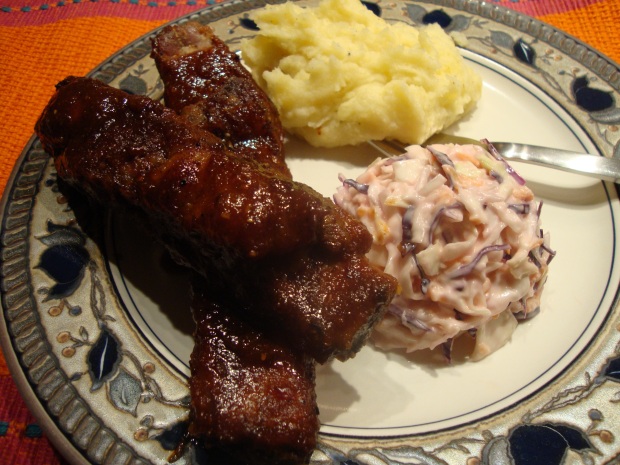