A Dallas based faux-French chain of restaurants called La Madeleine,  first introduced Chicken Friand to my family. For years my children would want to go to this restaurant just to eat that one dish. They did not even want to try anything else – it was the only thing they ever tried there and it was the only thing that they ever ate there. I am not even sure if this is even an original French recipe, so I couldn’t find it on any French websites. Since it was such a “constant” with the whole family, I had to taste and guess what it might have – the two major ingredients were chicken and mushroom!  I daresay, it is hard to tell the difference between the original and the home version.
Ingredients:
1.    One large boneless skinless chicken breast cut into small pieces
2.    One packet of frozen puff pastry (1.1 lbs)
3.    One medium sized red onion or two shallots
4.    Two cloves of garlic
5.    One teaspoon of chopped fresh rosemary
6.    1/4 teaspoon of freshly ground black pepper
7.    ½ teaspoon of salt
8.    11 oz of condensed mushroom soup (preferably the one sold at Trader Joe’s)
9.    35-40 cremini mushrooms
10.    ½ cup of heavy cream
11.    One tablespoon of butter
12.    One table spoon of olive oil
13.    One egg for egg wash

Direction:
1.    In a medium sized frying pan pour a tablespoon of olive oil and start heating it over low heat. 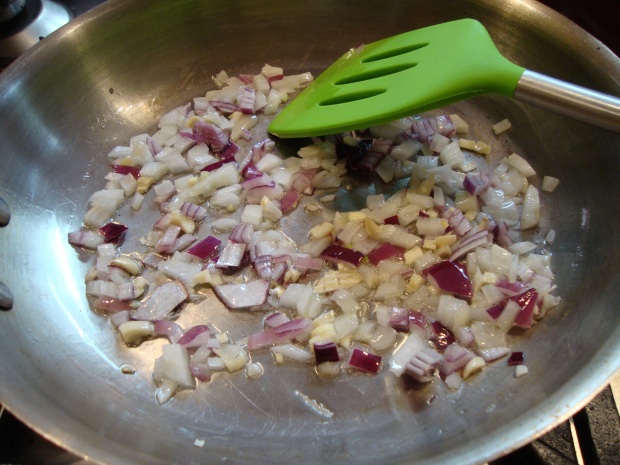 2.    Peel and chop the onions and garlic into very small pieces and put only HALF them in the frying pan. Set the other half aside for the sauce.
3.    Add pieces of chicken to the pan. While chicken is cooking, stir frequently.
4.    In the meantime slice all the mushrooms thinly.
5.    Add 1/2 teaspoon of salt and ¼ teaspoon of pepper ( do NOT add too much salt because the condensed mushrooms have salt in them), chopped rosemary and about half of the sliced mushrooms to the frying pan and continue cooking on low heat till the chicken looks cooked (usually takes 6-7 minutes) 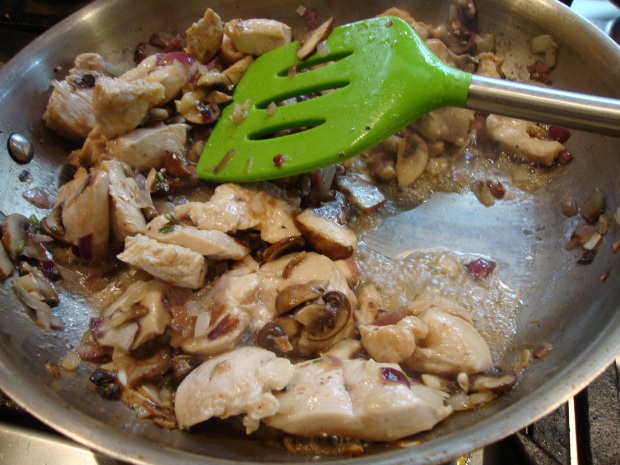 6.    Add about 3-4 tablespoons of the condensed mushroom soup to the pan and cook for another 1-2 minutes.
7.    Cool the chicken for about 10 minutes and to shred the chicken pieces with a fork and then mix back with the mushroom sauce in the pan.
8.    Flatten out the puff pastry sheets on a cutting board with a rolling pin (each packet usually has two sheets).  Cut the sheets in such a way that each sheet makes about three evenly shaped rectangles.  In all you’ll have 6 rectangular pieces from each packet of puff pastry (see picture).
9.    Heat the oven at 325 degrees Fahrenheit. 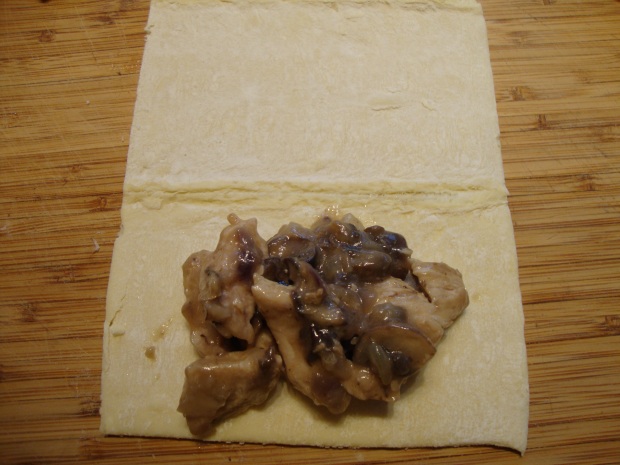 10.    Spoon in the chicken and mushroom mixture into the puff pastry rectangles and close each rectangle over and seal all sides by pressing with a fork on each side (see picture).
11.    Make egg wash by whisking the egg in a small bowl and mixing 2 teaspoons of water in it. 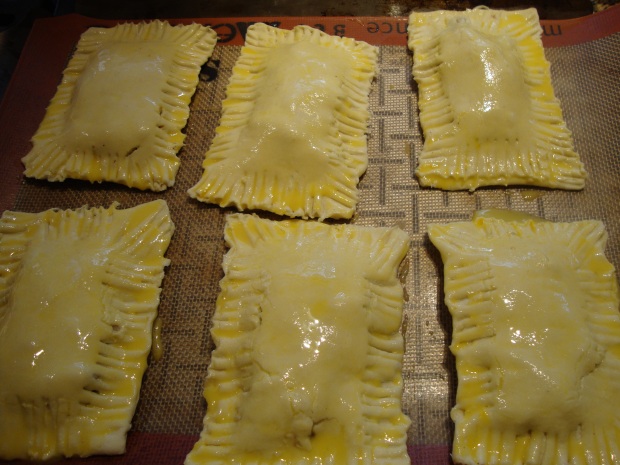 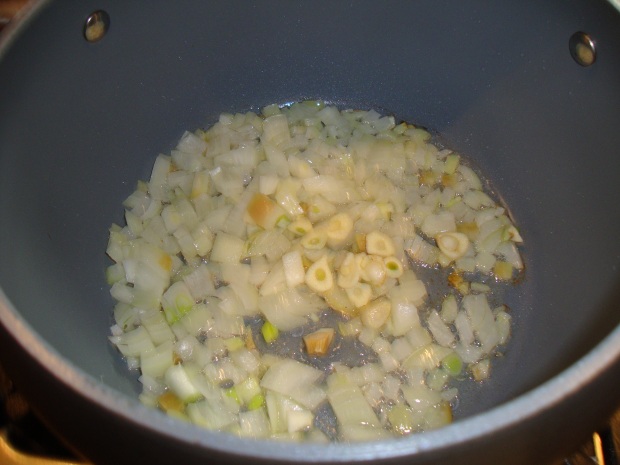 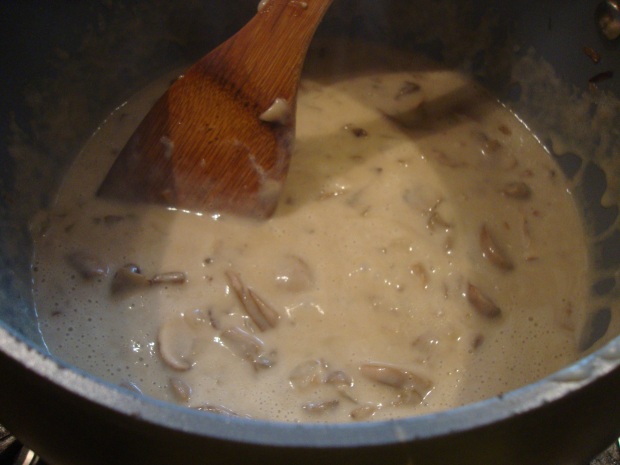 17.    Add the remaining condensed mushroom soup and the heavy cream to the sauce pan and heat for another 5-6 minutes. If the sauce looks too thick add a tablespoon or so of water and if it looks too liquid, cook for a bit longer. The mushrooms have variable water content and so you may need to observe and adjust the recipe accordingly. The sauce should ultimately look thick and creamy.
18.    Take the puff pastry out of the oven and serve them hot with a liberal amount of sauce on top. 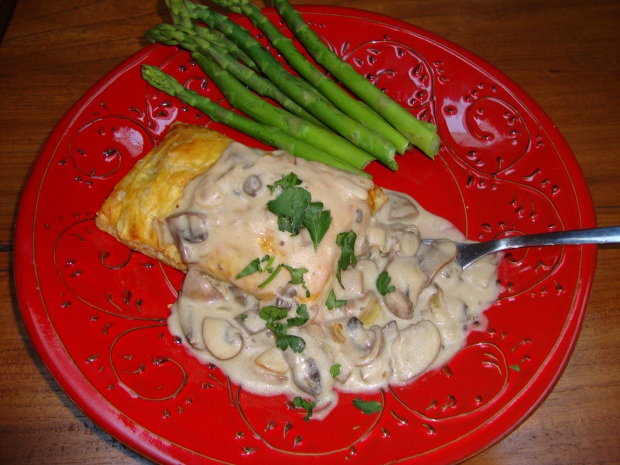